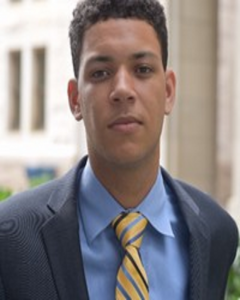 Jordan Proctor is a Deputy Public Defender in the San Diego County Office of the Public Defender. Jordan attended UCSD for his undergraduate study before moving to New York to attend New York University School of Law. During his time in law school, Jordan served on the board of the Black Allied Law Students Association, externed for the Hillary for America campaign, and still found time for intramural softball. He returned to San Diego after graduation and has been practicing since 2017. As a PD, Jordan represents indigent defendants charged with felony and misdemeanor cases. He has tried cases in both the Central and Northern Divisions