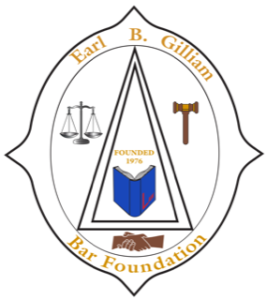 The recent death of George Floyd, has once again forced us to reflect upon the countless and senseless deaths of him and other African Americans at the hands of law enforcement. These deaths come in the form of not only shootings and physical beatings, but also in the inhumane treatment of African Americans while in police custody and a disregard for their medical and psychological conditions. The list of victims demonstrate that institutional racism and systemic oppression of African Americans is a pandemic that plagues our country and is ingrained in our legal system.

In the last decade we have lost:

The magnitude of this list is jarring, not only because of the number of victims, but also because many of them did not gain national media attention, so their deaths were unknown to the masses. This begs the question: How many more are out there?

But, it is not just the deaths that weigh so heavily, we also think about the survivors. Those who have been beaten, humiliated, dehumanized, and frighten at the hands of those who once took an oath to protect and serve. Those who wake up during the night by the pains they suffer and are a constant reminder of the physical pains they endured. We think about those who live in constant fear and flinch at the sight of law enforcement because their presence is a constant reminder of their psychological pain and suffering. We also consider the families, friends and communities who are suffering because when one person falls victim to police brutality, we are all impacted.

We are in a time when we are bombarded with heart wrenching images of our brothers and sisters enduring ongoing physical, emotional and legal injustices. It is vital that we not become numb to this pandemic and that we do not normalize or condone this behavior through silence or inaction. With the help of movements such as Black Lives Matter and the united peaceful protests sweeping the nation demanding social, justice and legal reform, citizens are standing up to the institutional racism and systemic oppression of African Americans and demanding change.

In the words of Dr. Martin Luther King Jr. “The whirlwinds of revolt will continue to shake the foundations of our nation until the bright day of justice emerges.” That is why the Earl B. Gilliam Bar Foundation stands in solidarity with movements like Black Lives Matter and our brothers and sisters on the front lines fighting and supporting the on-going efforts to secure change in the treatment of African Americans by law enforcement and the communities in which we are part of. We recognize the need for change and know that as leaders in the legal community, we are in a position to help facilitate real change in the legal system. That is why we take pride in providing support to law students and young lawyers, so they have the tools they need to rise to the challenge and make things better and safer for not just African Americans, but everyone.