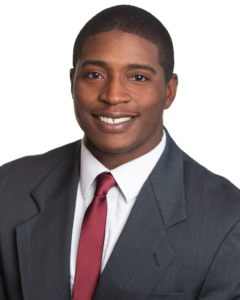 David M. Middleton is a judicial law clerk for Judge M. James Lorenz, United States District Judge, in the United States District Court, Southern District of California. He began his clerkship tenure in the chambers of Judge John A. Houston, United States District Judge, and has since clerked for both magistrate and district court judges. His primary duties include research and drafting dispositive and non-dispositive orders in civil cases across various industries and areas of law. David also serves as a coordinator and instructor for the Minority Legal Education Resources, Inc.’s California Bar Process Management Program. David is licensed in California and Illinois. He earned his Bachelor of Arts degree in Philosophy from the University of Michigan and his law degree from UIC’s John Marshall Law School. Outside of his legal career, David officiates football, basketball, and lacrosse at the recreation, youth and high school levels around Southern California.